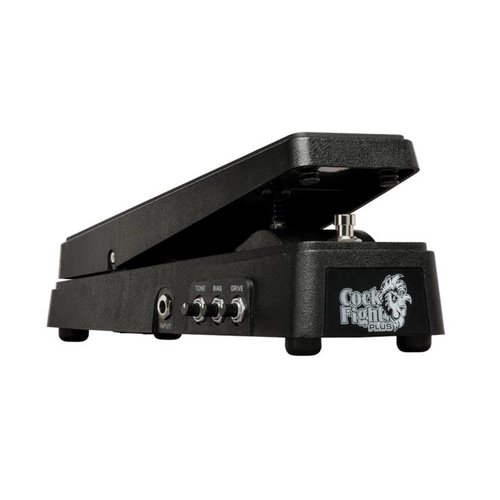 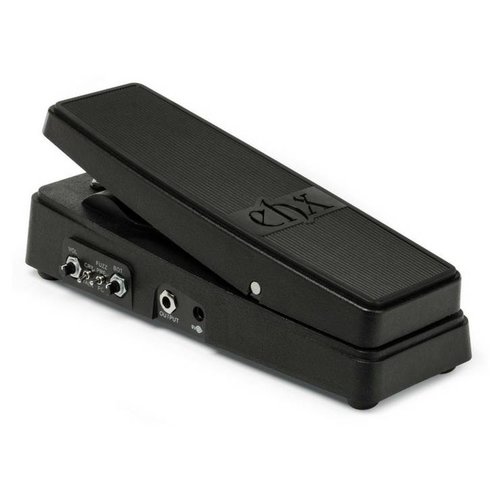 The EHX Cock Fight Plus offers up the award-winning tone of the original Cock Fight in a rugged, lightweight pedal and with a traditional rack and pinion style operating mechanism. Read more

The Electro Harmonix Cock Fight Plus Wah Pedal is a vocal-sounding wah pedal and fuzz effect in one easy-to-use unit. It takes the award-winning EHX Cock Fight pedal (cocked talking-wah with fuzz) as its base and houses it in a rugged chassis with added expression pedal to give you full foot-control over the wah functionality. The wah can offer you a traditional wah filter ("Cry") or can be set to a formant filter ("Talk") to give your setup a versatile blend of tones. The Fuzz section can either be set up as a pre/post effect to let you hone your unique tones, or it can be bypassed altogether. The Cock Fight Plus Wah is capable of going from mild wah tones right through to the most unique, vocal and raucous fuzz-wah sound you can imagine. Whether you're looking for traditional wah and fuzz sounds, or you're looking to push the boundaries of guitar tones, this could be the pedal for you.

The Cock Fight Plus Wah takes EHX's original Cock Fight pedal as its base, with its unique blend of wah and fuzz tonality. It packages this with a traditional rocker-type expression pedal to give you total foot control of the wah functionality.

Wah & Fuzz In One Unit

The Cock Fight Plus features a wah effect capable of operating in "Cry" mode (traditional wah-filter) or "Talk" mode (throaty/vocal sounding formant filter) to give you both flavours of wah tone, from the more traditional to the more extreme. These are fully controllable via the rocker-foot pedal and can be left in "notched" position by removing your foot from the pedal.

The Cock Fight Plus Wah also features a fuzz tone which can either be utilised pre/post the wah pedal to create different reactions to your guitar signal. The fuzz features a drive control plus a bias control which can be used to simulate a reduction in bias voltage, much like the infamous "dying battery" type of tones characterised by decreased sustain and notes that are cut short. Here you have the capability to create some real unique and vintage-sounding tones to make your songs stand out from the crowd.

The Cock Fight Plus Wah comes included with a 9v battery, or can be optionally powered by a 9v power source capable of delivering at least 30mA. It is a rugged and lightweight pedal with metal chassis and durable construction, meaning it will survive those active gigs and rehearsals when your foot is getting the most use out of the Cock Fight Plus's tones.