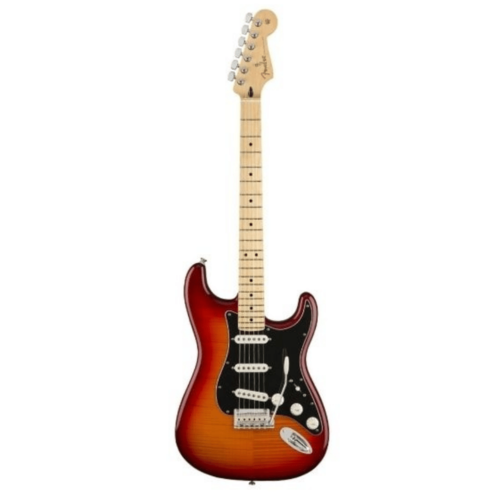 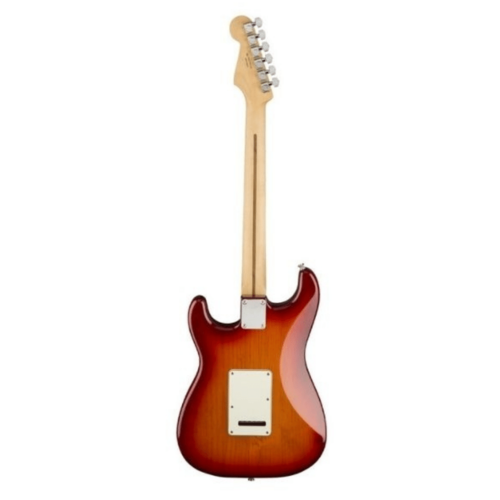 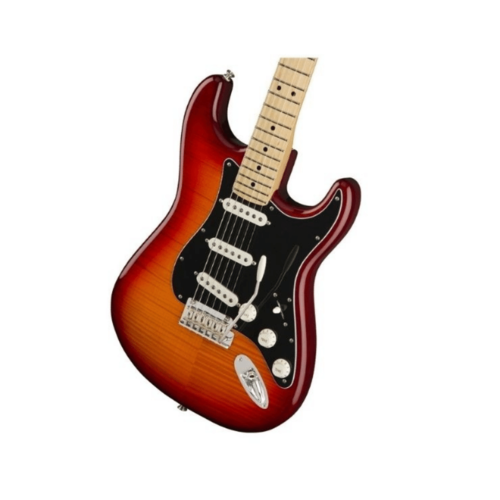 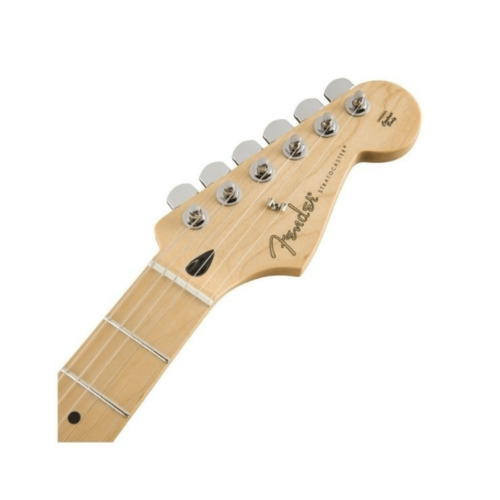 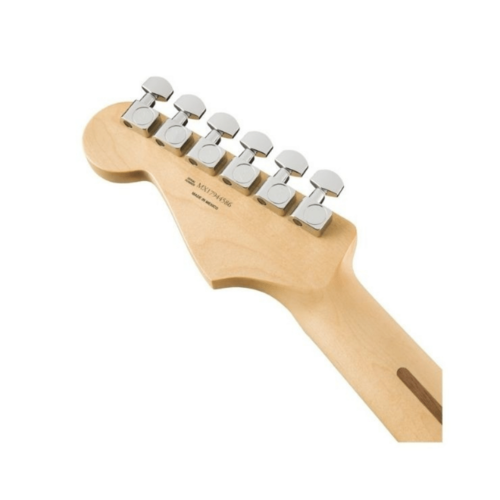 £759.00
available to order with supplier

Product description
Related products
Description
The Fender Player Stratocaster Plus Top MN, Aged Cherry Burst is designed for the aspiring guitarist, featuring Fender's iconic tones and style coupled with modern components. The classic Stratocaster body is crafted from alder, delivering a well-balanced, and dynamic tone. The alder is also topped with a flame maple veneer, which brings enhanced brightness as well as visual appeal. Both the neck and fingerboard are made from maple, which enhances the tone with plenty of brightness and sustain. The neck has a modern 'C' profile, designed to offer superb comfort and smooth play. This Fender Player Strat is loaded with a trio of Player Series pickups. The Single Coil Pickups produce classic Fender tones packed with plenty of punch. The Fender Player Stratocaster Plus Top is also equipped with a 2-point Synchronised Tremolo, providing players with unique pitch bending effects and increased versatility. Finished in a vintage Aged Cherry Burst with a black pickguard, the Fender Player Stratocaster is the perfect companion for guitarists who appreciate tone and style.

This Stratocaster is equipped with a range of high-quality components, delivering a profession grade performance to players on a budget. The set of Player Series pickups include a trio of Single-Coils. These pickups are infused with the soul of Fender, providing all the classic tones associated with many guitar legends. A toggle switch, tone controls, and volume control provides excellent tone shaping capabilities, allowing players to dial in the perfect tone for their playing style. The 2-point synchronised tremolo provides players with stunning pitch shifting effects, while the addition of a synthetic bone nut help enhance the natural resonance and string stability.

Crafted With a Solid Alder Body

Alder is favoured by most players for its incredibly balanced tone, offering the perfect dynamic range to suit most musical styles. The alder body is perfect for playing a wide range of musical styles, with its excellent sustain and resonance ensuring each note is heard. Its bright, sizzling highs, rounded lows, and beefy midrange sets up the foundation of the guitar's overall tone, allowing players to achieve the perfect sounds for most playing styles. The alder is topped with a flame maple veneer, which enhances the tone with bright highs and tight lows, as well as creating beautiful aesthetics.

This Fender Player Stratocaster features a Modern 'C' shaped is designed for an incredibly comfortable playing experience, allowing the hand to fully cup the neck and deliver smooth navigation of the fingerboard. Both the neck and fingerboard are made from maple, which provides beautifully bright tones, with searing highs and strong mids for a dynamic performance.

The History of the Stratocaster

When many people think of an electric guitar, this is the one that leaps to mind. The Stratocaster is one of the world's most popular guitars and is an elegantly versatile creation. Not long after Fender revolutionised music with the Telecaster and the Precision Bass, in 1954 they debuted the Stratocaster and it quickly became universally regarded as the archetypal electric guitar. Sleek and stylish aesthetics, smooth playing and tonally versatile, at the heart the Stratocaster remains a fantastic instrument - producing unmistakable sound with a timeless design. A first choice among players worldwide, there is simply nothing that sings, screams, whispers, moans, roars, rocks and rolls like a Fender Stratocaster. 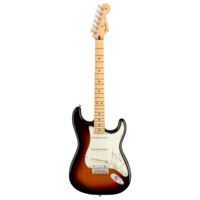 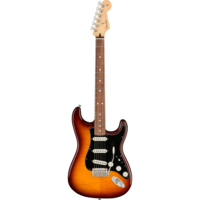